Resilience and Resistance with Marisol Solarte-Erlacher 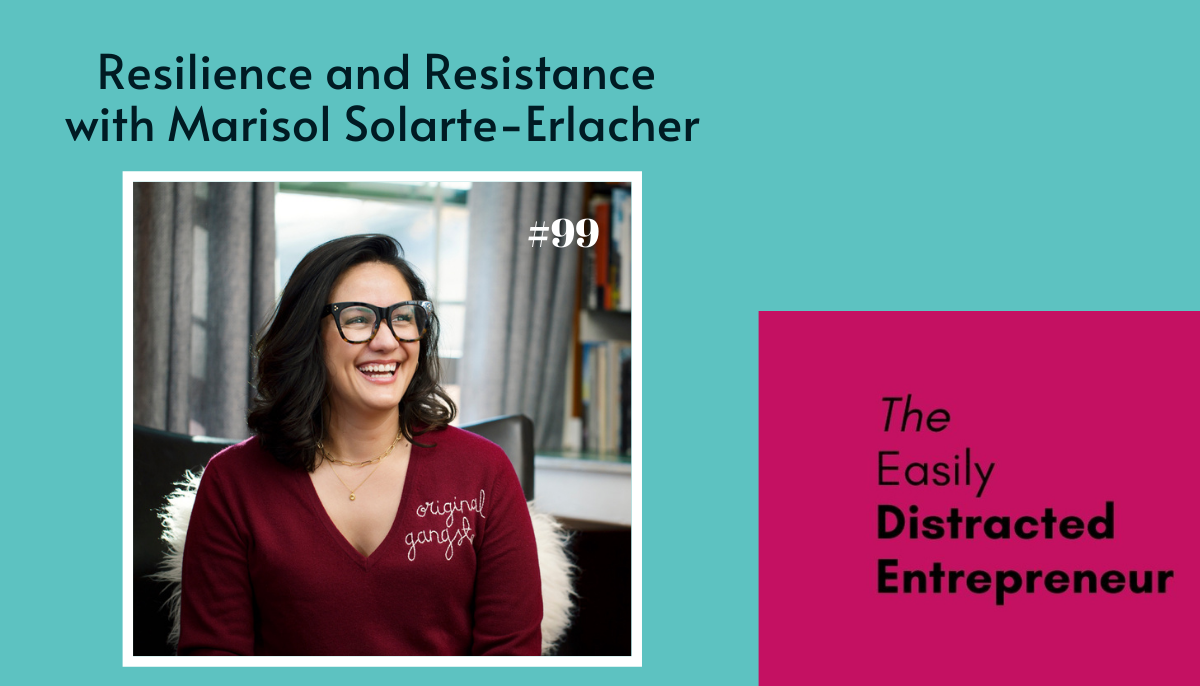 Therapist and wellness consultant Marisol Solarte-Erlacher joins me in this episode to discuss her position as a trauma therapist and her views on trauma especially amongst women within the BIPOC (Black, Indigenous, People of Color) community. Marisol and I met at a thought leadership program, and after getting to know a little bit more about her and the wonderful things that she does, I knew that I had to have her on the podcast!

You would probably be hard-pressed to find someone who has not been impacted by trauma in one way or another in their life, but people – especially women – within the BIPOC community tend to have an even extra layer added to that due to societal problems like sexism and systemic racism. There is often extra pressure and responsibility – pressure to be a good representative of and for your community and to be a voice, and taking time to focus on yourself is therefore often seen as selfish. Marisol encourages such people to give themselves permission to take that time to themselves and to not have to constantly be that voice at the table.

She and I also talk about how important it is to create space for other people’s humanity. That tends to be, in fact, one of the reasons why there is that extra layer of trauma and struggle for BIPOC women because they are so often dehumanized and objectified and consequently don’t have that space. They frequently develop further coping mechanisms such as extreme independence, and even though, as Marisol points out, all coping mechanisms are helpful in some way or else we wouldn’t use them, there are times when they are unhealthy and not helpful. That’s why taking that time to ourselves is so important.

I am so excited to have had Marisol on the podcast because this topic is so important and is far too often overlooked. Small decisions that most other people would likely take for granted are exaggerated, causing all of that extra pressure that we talk about in this episode, and it is, again, so important that we address this and talk about it. Be sure to check out Marisol’s podcast Resilience and Resistance Podcast and to also be on the lookout for her new podcast Work Trauma Is Real which is launching very soon!

a unique membership for ADHD {and ADHD-ish} biz owners who live in Distraction City, with shiny object syndrome, and live life with other tendencies that keep us from doing our best work.

You want a sustainable life. A work/home/school/family stability that WORKS, functions on good habits, systems, and approaches that set us up for immeasurable success both personally and professionally.