Networking Ideas to Help You Through Those Awkward Situations 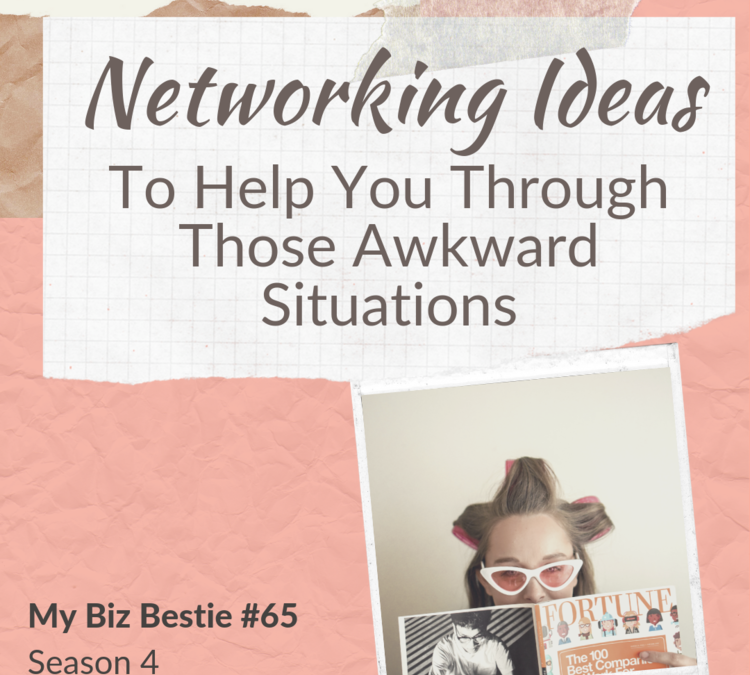 Are you looking for new networking ideas to help you survive those in-person networking events? Networking can feel awkward for everybody, even for extroverts like Maelisa and Amber. Luckily they have come up with some networking tips to share with you. The networking extraordinaires have put together some advice based on their own experiences networking at many events. Listen to this episode to hear how to extricate yourself from uncomfortable conversations, how to make others feel comfortable, and how to set networking goals.

Networking can be awkward even for extroverts

Amber recently moved across the country to Asheville, NC. Since she is so new in town, the only friend she has, Michael Dietrich Chastain, invited her to a networking event. Obviously, she wants to meet some people in her new town, but this event was at 7 am. Although it was way too early in the morning for her she pulled herself together and made it to the event. Even though she is an extrovert, walking into a room where you are the new person in the group can be extremely unnerving. Find out how Amber managed to make the best of a new situation on this episode of My Biz Bestie.

TWEET THIS: CHECK OUT THE #MYBIZBESTIE #NETWORKING MASTER CLASS FOR MORE NETWORKING TIPS AND TRICKS!

How to extricate yourself from an uncomfortable conversation

We’ve all been to networking events and gotten into conversations where we feel stuck. It could be with someone your just not clicking with, or a conversation you don’t want to have. Simply walking away is not an option. So how do you politely extricate yourself from an uncomfortable conversation? One way is to include someone else in the conversation so that you can comfortably leave. This doesn’t mean you grab the first person you see. Give it some thought. Who might share a connection with this person? You don’t have to make it a big deal or harder than it needs to be. Politely excuse yourself and leave. Have you ever been in an awkward networking conversation? Share your story with the besties on Instagram!

What are your networking goals?

Before attending a networking event set some goals for yourself. Pro tip: your goals should not include selling x number of whatever it is you sell. Your intentions should be making connections and creating real relationships. Connecting with others helps you find the value in others not as potential buyers but as people. Think about how you can help others. Do you set goals for yourself before networking events? Try using this networking strategy before your next networking event and share your story here.

Networking ideas you can use anywhere

Listen to this episode to hear all the networking ideas that we share. But if you are still looking for more networking tips check out our Networking Master Class to learn detailed tips and tricks you can use to help put you at ease and rock your next networking event.

Connect With Maelisa and Amber

Subscribe to My Biz Bestie on iTunes, Stitcher, iHeart Radio, or Spotify