A Ten Second Strategy for Success and Happiness 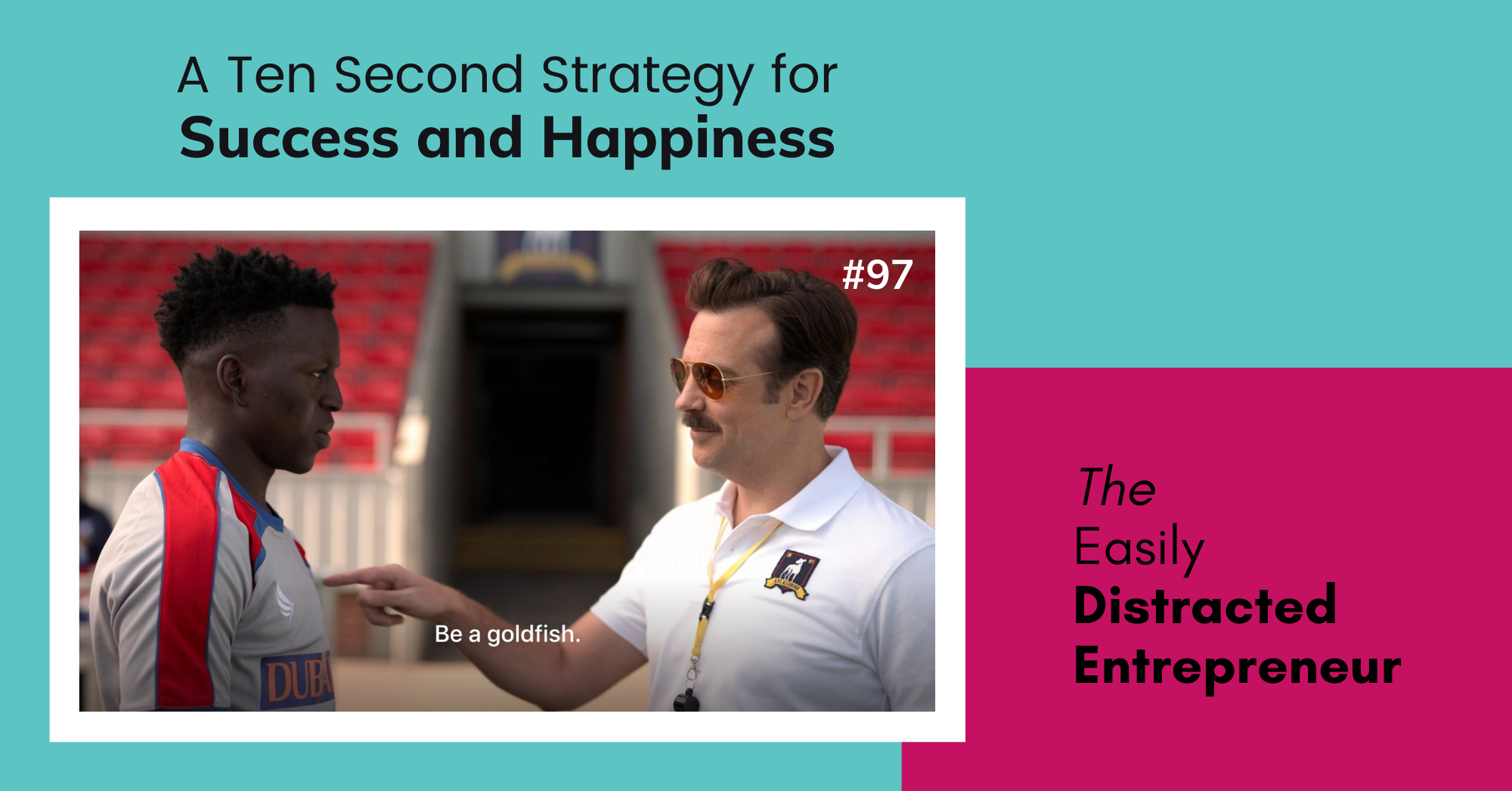 If you have been around me in the past few months you would have heard me singing the praises of my favorite new show! I have been telling EVERYONE and I do mean everyone about it. From parents at my daughters soccer games, to people at stores, my esthetician and all my friends and family. I’m obsessed! And for good reason, it’s a fresh and much needed bringer of joy and love show called Ted Lasso.

I can’t get enough. Literally. I have watched the premiere 10 episodes so many times I can’t even count. It was suggested to me by a friend when I was having one of those particularly rough days that happen in entrepreneurship and it was leading me to an existential crisis of sorts.

She gave me kind support and then suggested that I watch the show. It was 9pm and I immediately found it on AppleTV and started watching. I watched straight through all 10 episodes. Sitting in bed with my ipad and headset. My husband came in and went to sleep and I kept watching and finished at 3:30 in the morning. I laughed and I cried and I felt renewed. I had faith in humanity again and I felt inspired to do my best and be my best.

I have so many favorite moments that I think speak to leadership, striving to be the best, having goals that can at times feel like they defy the odds but there is one that occurs in episode 2 that I think every entrepreneur should have in their arsenal.

So as a quick overview for those who have not yet watched the show is that it’s about a guy named Ted Lasso who is an American coach that goes to England to coach a professional soccer team.

In the episode one of the soccer players named Sam blew a play and was really upset with himself. You can see him beating himself up and Ted calls him over and says: “You know what the happiest animal on earth is?”

“A goldfish, you know why? Because it has a 10 second memory. Be a goldfish, Sam.”

Then they just stare at each other for a moment.

Besides being a part of his charmingly unique brand of coaching, it is actually a brilliantly simple strategy for keeping your head straight in business when things go wrong.

And let’s face it, it will happen. It’s a part of doing business but sometimes the missteps can paralyze us and keep us from moving forward, showing up for our clients or putting ourselves out there again.

It sucks when we make mistakes in business. I know you want to show up and give the best to your clients/customers, you don’t want to drop the ball or miss deadlines or forget important details/deliverables or disappoint.

But it happens. Beating yourself up or tearing yourself down won’t help you do better next time, it’s more likely to overwhelm you, trigger feelings of not being good enough or imposter syndrome or feeling like you’re not cut out for entrepreneurship. I can imagine Ted saying it in my head right now that that is just BS.

Yes you should try to rectify the situation if possible, be honest, be accountable but without a doubt BE A GOLDFISH! Let the weight of the emotion leave you, don’t go down a shame spiral but acknowledge and move on. Give yourself ten seconds to feel bad then move forward as the badass biz owner that you know you are.

Now I know that sometimes our missteps can have bigger consequences or hit us in a particularly vulnerable area or time so maybe we need more than ten seconds, maybe we need fifteen minutes or an hour or a day. Allow yourself to feel those feelings but then move forward.

Don’t let mistakes define who you are or what you think about yourself. Then you can try to repair the situation and make any changes necessary to your approach or your systems.

I have so many examples of mistakes I have made in my business and it is super distressing for me as someone who is always working on my perfectionism. I’m happy to share them with you if you need help normalizing that we all do it.

Even if you’re thinking to yourself well yes but I did “X” or that you have made a series of mistakes and telling yourself you are the worst of the worst. It’s likely not true and it’s most definitely not helpful.

So my strategy and hope for you this week is to be a goldfish!

If you feel like you could use some extra support about dealing with the emotional side of business such as mindset, overwhelm, adhd and burnout then head on over to amberhawley.com to find more resources and ways to work with me.

And while you are waiting for next week’s episode to drop, head on over to apple TV and watch Ted Lasso, you’ll thank me later!